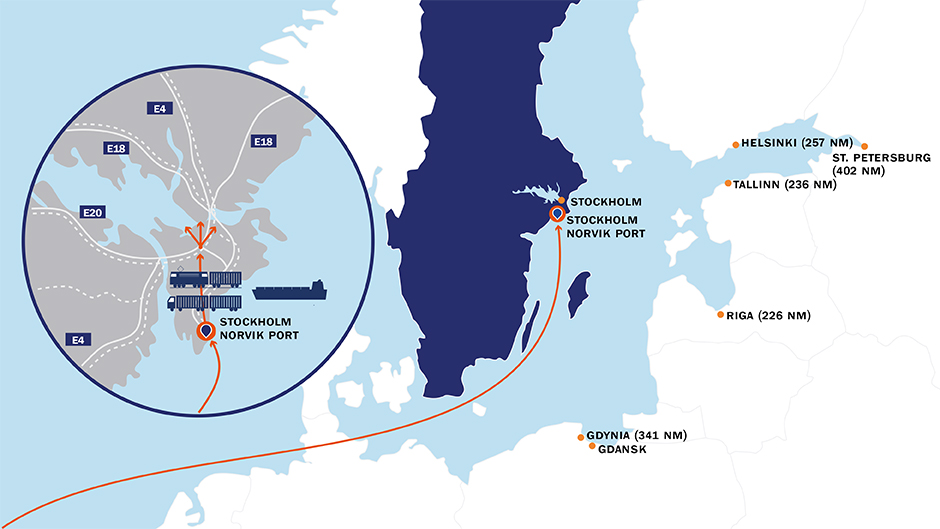 Stockholm Norvik Port is a brand new RoRo and container terminal in prime location. Stockholm Norvik is the Baltic Sea's new deep sea port – with direct access to one of the fastest growing regions in Europe.

Efficient import and export of goods from anywhere in Sweden.

A green alternative to transporting cargo to and from the Stockholm area.

Before foodstuffs from countries outside of the EU can be imported into the country these are subject to border controls. These checks are carried out by the Swedish National Food Agency (Livsmedelsverket), which has five border control checkpoints associated with ports and airports. One of these is located at Stockholm Norvik Port.

It is primarily animal products that are checked, but controls of certain vegetable products are also performed. The importers of these products must submit advance notification of these shipments so that the appropriate controls can be carried out. These checks are performed in designated areas of premises that fulfil certain requirements.