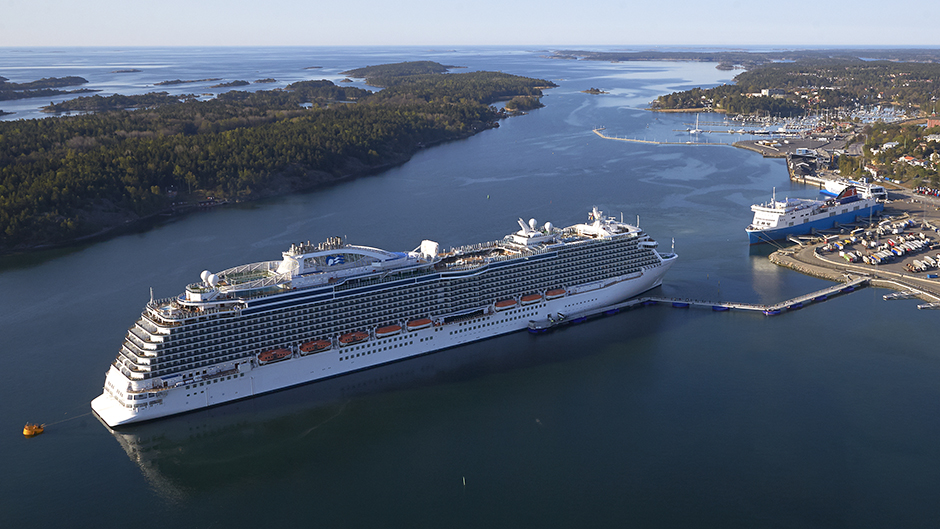 The Port of Nynäshamn has the capacity to accommodate the very largest international cruise ships. The advantages of Nynäshamn are short approach lanes and less dependency on wind and light conditions.

Ports of Stockholm offers a unique quay solution for the cruise traffic at the Port of Nynäshamn using a pier known as a Seawalk, a retractable, manoeuvrable floating pier.

When a cruise ship is not in port the Seawalk is retracted. When the ship approaches the port the pier is extended out towards the vessel like an extendible measuring rule, and the ship can then tie up alongside. This allows passengers and luggage to be disembarked or embarked via the Seawalk. It is also possible to drive smaller vehicles along the pier.