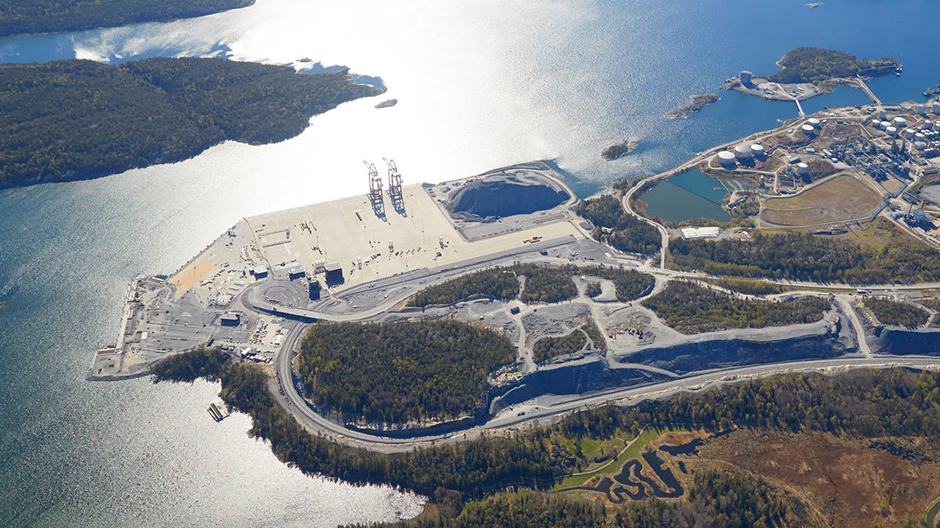 The Stockholm Norvik Port will ensure the efficient supply of goods to the Stockholm region, one of Europe’s fastest growing capital cities. With this type of growth, long-term investment in a well functioning infrastructure is essential and the port is an important part of this development. When Stockholm Norvik Port opens the container terminal at Frihamnen, situated in central Stockholm, will shut down and give way for the growing city.

2. Ships are getting bigger

Container ship volumes and the volumes of ships carrying rolling goods are increasing. The shipping companies are consequently building increasingly larger vessels, which is both environmentally and economically advantageous. The Stockholm Norvik Port will meet the needs of modern ships for deeper draughts, longer quays, larger terminal areas and short and easy approach lanes from the larger fairways.

3. A modern port benefits the environment

Stockholm Norvik Port complies with the EU ambition to increase the proportion of sea transport in relation to the total amount of transported goods. A new and modern port with direct motorway and railway connections, built using state-of-the-art technologies, is an efficient and sustainable transport solution.

Adjacent to the port NCC is planning to build a Logistics and Business Park where companies will be able to establish their various operations in a dynamic environment close to the port, roads and major city. This is a comprehensive project where the development of the area will happen successively over a period of at least 15 years.