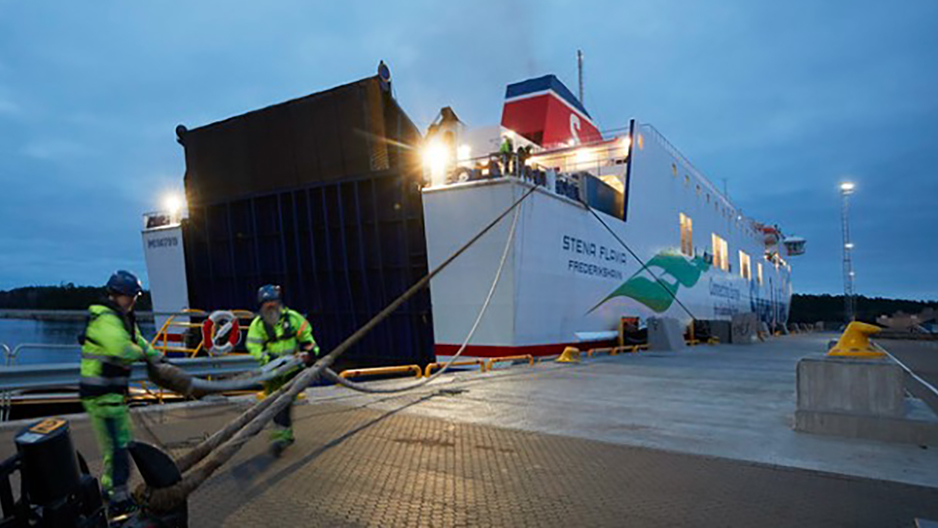 Goods volumes and the number of passengers travelling via Ports of Stockholm are rising. The year's first quarter shows growth in all business segments. RoRo, containers and bulk goods are all increasing, and passenger numbers are continuing to rise rapidly.

Ports of Stockholm is one of the world's largest passenger ports and one of Sweden's largest freight ports. The figures for the first quarter of 2022 show growth across all business segments. The important transport of goods via Ports of Stockholm's ports functioned very well throughout the entire pandemic, even showing an increase in 2021. The first quarter of 2022 shows a further rise of 73,000 tonnes of RoRo freight, which equates to growth of four percent compared to 2021.

One reason for the large increase was the introduction of two new RoRo routes. Hansa Destinations services on the Nynäshamn–Rostock route began in August last year, and in February Stena Lines introduced their Stockholm Norvik–Hanko route. Stena Line was also responsible for the greatest increase as, in addition to the new route, they also added a second extended RoRo vessel on their Stockholms Norvik–Ventspils route.

The container business and bulk handling both also demonstrated strong growth during the first quarter. These segments increased by 16 and 19 percent, respectively, compared to 2021.

“I am glad and proud to see the freight segment performing so incredibly well, despite these turbulent times. The rise in goods volumes is proof of how important Ports of Stockholm's ports are for the sustainable supply of goods to the Greater Stockholm region. With the newly built Stockholm Norvik Port, we are additionally well provisioned with increased capacity that provides our customers with major opportunities to grow,” says Ports of Stockholm CEO, Thomas Andersson.

Passenger services experienced tough times during the pandemic. Now passenger numbers are rising rapidly and approaching normal levels. More than 800,000 ferry passengers travelled via Ports of Stockholm during the first quarter of the year, which was an increase of 243 percent compared to the same period the year before.

“Stockholm is an incredibly popular destination. Seeing passenger numbers rising at such a meteoric rate after the pandemic is incredibly pleasing. We welcome this strong recovery, which is so important for the tourist industry,” says Joakim Larsson, City Commissioner responsible for Ports of Stockholm.

The rising goods volumes in all segments and the high passenger numbers all demonstrate that Ports of Stockholm's ports are central nodes for sustainable goods transport in the Greater Stockholm area, and that Stockholm has a strong power of attraction as a destination.