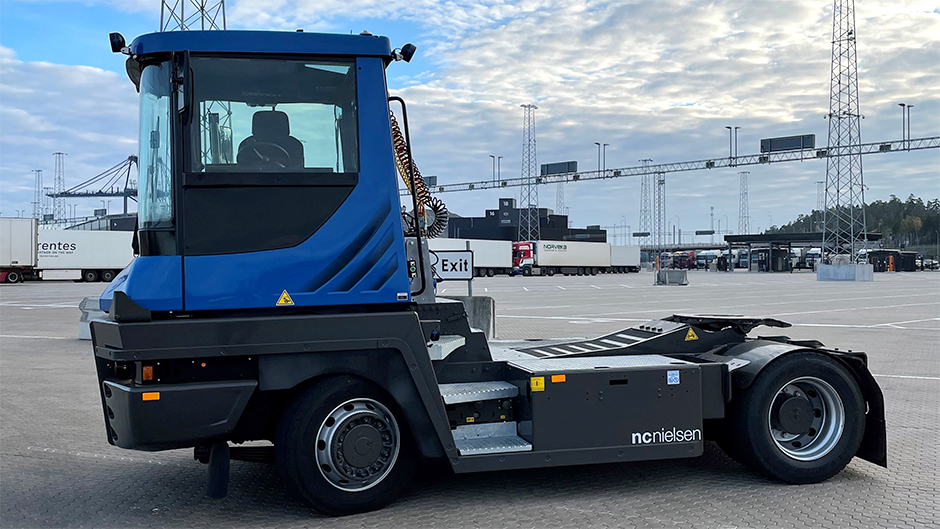 Ports of Stockholm, Volvo Penta and CMB.TECH are collaborating to jointly pilot and operate RoRo (roll on, roll off) tractors running on hydrogen-diesel dual fuel powertrains as part of Ports of Stockholm’s fossil-free operations goals.

Volvo Penta, a provider of innovative industrial power solutions, CMB.TECH a cleantech company with a focus on hydrogen solutions and Ports of Stockholm, one of the world’s largest passenger ports and one of Sweden’s largest freight ports, have entered a unique collaborative relationship as part of an important hydrogen investment in Stockholm Norvik Port, with the first pilot RoRo tractor due to be delivered in 2023.

“We are at a point where the rapid development in hydrogen powertrains is meeting the exploratory demand in industrial applications as part of the industry’s’ journeys to decarbonize.” says David Hamilton, Director Industrial sales Volvo Penta.  “Volvo Penta is well positioned with its strong partnership philosophy to learn and grow alongside its customers. The provision of this hydrogen dual-fuel solution is aimed at appealing to operators and fleet owners transitioning to zero-emissions machines.”

In the collaborative pilot, CMB.TECH will modify the newbuild RoRo tractor, powered by Volvo Penta’s D8 engines, with a hydrogen system before the machine is delivered to Ports of Stockholm. CMB.TECH owns, operates and designs large marine and industrial applications, powered by hydrogen and ammonia fuels, which it both manufactures and supplies to its customers. CMB.TECH and Ports of Stockholm have also announced a hydrogen collaboration earlier this year.

“Hydrogen fuel will play a decisive role in the transition to fossil-free transport, both on land and at sea. We are therefore incredibly excited about the partnership with Volvo Penta and CMB.TECH. Together we can put into operation some of the first RoRo tractors in the world that run on hydrogen fuel. The hydrogen investment is in line with Ports of Stockholm’s ambitious environmental goal of running a fossil-free operation from 2030”, says Johan Wallén, Chief Commercial Officer at Ports of Stockholm.

The hydrogen-diesel dual fuel technology allows the simple and quick adaptation of different applications. The opportunities for decarbonization with green hydrogen are great but with infrastructure at different stages, backup scenarios of traditional fuels for the continuance of business operations are needed. With a dual-fuel setup, business assets can be more future-oriented, even without a comprehensive hydrogen infrastructure currently in place.

“We’re excited to be supporting Ports of Stockholm with both knowledge and experience in their transition to hydrogen fuels. It provides completely new opportunities to further develop Stockholm Norvik Port as the climate-smart port it already is,” comments Roy Campe, Chief Technology Officer at CMB.TECH.

The hydrogen investment is part of achieving Ports of Stockholm’s environmental goal of having entirely fossil fuel-free operations by 2030. The vision is for Stockholm Norvik Port to become one of the most climate-smart ports in the world.