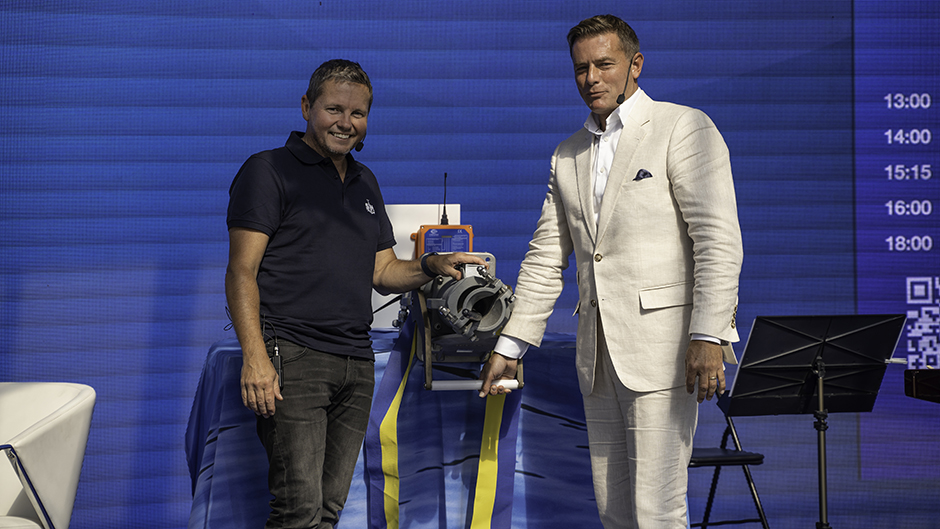 Ports of Stockholm is investing in the environment by building onshore power connection facilities for cruise ships at two city centre quays. This environmental initiative will result in significantly lower air pollution emissions in Stockholm and the Baltic Sea.

“We are now taking a huge next step towards being an international class sustainable cruise destination. Onshore power connection for cruise ships in the city centre is an important joint environmental initiative that Ports of Stockholm is part of, together with other Baltic Sea ports," explains Joakim Larsson, City Commissioner responsible for Ports of Stockholm.

The environmental initiative is a collaboration with other Baltic Sea ports. It will result in significantly lower emissions of carbon dioxide and air pollutant particles from the cruise ships in Stockholm and the Baltic Sea area. Ports of Stockholm is working with the ports in Copenhagen, Aarhus and Helsinki to enable cruise ships and shipping companies to connect to onshore power of a common international standard in all of the different ports. This will encourage more shipping companies to make the major investments in equipment that the ships need to connect to onshore power.

“It feels really good that we will also be able to connect cruise ships to onshore power next season. This will be the first facility of its kind in Sweden, and one of only a few in Europe. The cruise passengers are very important to Stockholm financially, and generate over 1,000 jobs in the region," says Thomas Andersson, CEO Ports of Stockholm.

The work to equip the two city centre quays with onshore power connections will be completed, respectively, in 2023 and 2024. These cruise quay-berths are two of Ports of Stockholm’s most visited. It is estimated that at least 45 percent of the cruise ship calls will be able to connect to onshore power when the facilities are in place.

The total reduction in greenhouse gas emissions will be at least 6,000 tonnes each year as a result of connecting to onshore power. This environmental investment for cruise ships in Stockholm is a top priority and has been awarded grant funding from both the EU and the Swedish Environmental Protection Agency's Climate Leap program.

In 2019 just over 656,000 cruise passengers and an additional 240,000 crew members visited Stockholm. Collectively they spent more than EUR 57 million on hotel rooms, food, sightseeing excursions, shopping etc. In addition, the cruise shipping companies spent a total of EUR 25 million on harbour dues, pilotage dues and fairway dues in Stockholm. The cruise industry therefore contributes hugely to the Stockholm region, generating a total economic effect of almost EUR 176 million and creating around 1,100 jobs. Stockholm is a popular cruise destination and the majority of cruise passengers state that they are very satisfied with their visit.

Read more about onshore power connections at Ports of Stockholm