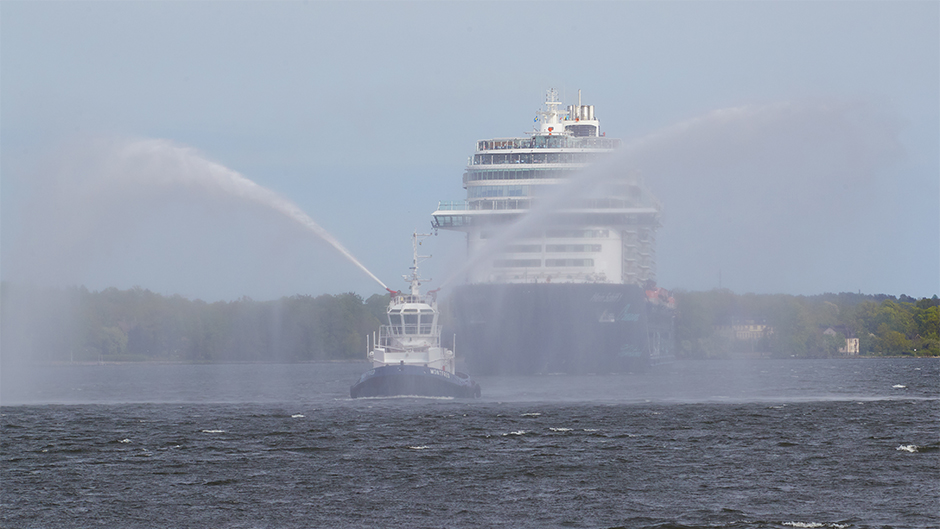 Stockholm is still a top cruise destination, with almost 100 cruise ship calls into Ports of Stockholm during the 2021 cruise season. Good collaborations and a safe and cautious restart resulted in yet another successful cruise season.

The final three ships of the summer cruise season called at Stockholm on 19th October. During the season, which runs from April to October, there have been 95 cruise ship calls into Ports of Stockholm’s ports. Of a total of 225,000 cruise passengers, more than 100,000 were able to go ashore. This shows that Stockholm is a very popular cruise destination.

“It is heartening to see Stockholm's strong power of attraction as a top cruise destination. Even in a year such as this, we still attracted almost 100 cruise ships. The cruise passengers mean a great deal to Stockholm financially and in a normal year generate more than 1,000 jobs in the region,” states Joakim Larsson, Vice Mayor of City Planning and the City Commissioner responsible for Ports of Stockholm.

Close collaboration between ports and regulatory agencies made a cautious restart possible, and the cruise shipping companies established procedures and safe ways to visit selected reliable destinations. The season started with blue cruises, where passengers remained on the ships. Then came bubble cruises, where passengers remained in their own "bubbles”. Eventually there was the possibility for passengers to go ashore by themselves, following the applicable pandemic restrictions.

“Stockholm is a very popular cruise destination and this year we are expecting even more cruise ships, as there are bookings for the winter season. This is a trend we expect to continue in future years judging by the number of bookings we already have," explains Stefan Scheja, Marketing Manager Ferries and Cruises at Ports of Stockholm.

Ports of Stockholm is one of only a few cruise ports in the world that remained open throughout the entire pandemic. This meant that the shipping companies were able to restart cruises as soon as there was the possibility to do so. In these changed times of new preconditions, with its fantastic approach fairways and popularity as a destination Stockholm has contributed to a first class visitor experience.