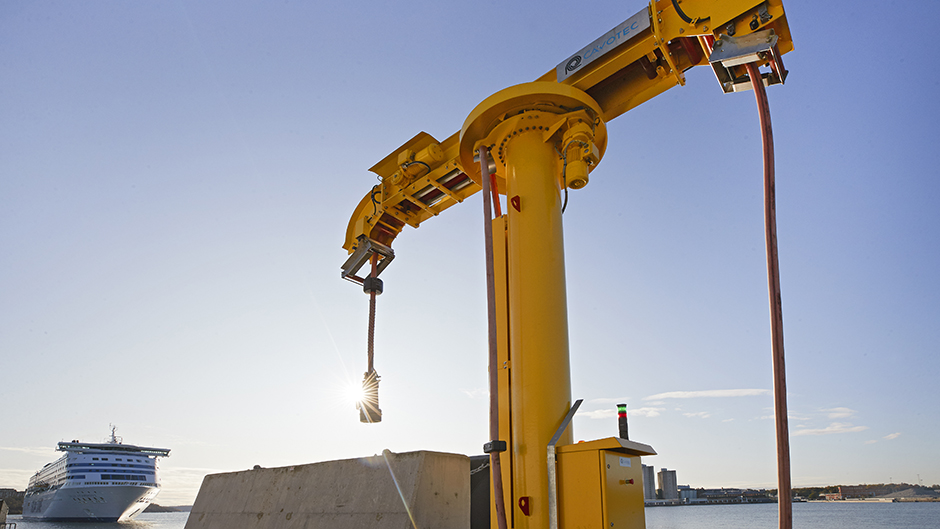 Ports of Stockholm has applied for EU grant funding for an environmental initiative that would result in significant reductions in carbon dioxide and other air pollutant emissions from the cruise ships in Stockholm.

Ports of Stockholm, together with four other Baltic Sea ports – Copenhagen/Malmö, Aarhus, Rostock and Helsinki – has decided to apply for an EU grant to invest in the provision of onshore power connection facilities for cruise ships. This will be a joint initiative to reduce emissions of shipping air pollutants within port areas.

For Ports of Stockholm the planned project encompasses two quay-berths at Stadsgården in the very centre of Stockholm. These quay-berths will be equipped with high voltage facilities meeting international standards.

Fredrik Lindstål, Chair of the Board of Stockholms Hamn AB, believes this initiative is a natural progression towards sustainable shipping in Stockholm.

“Shipping is in many ways a climate smart method of transporting goods and passengers, but that doesn’t mean there aren’t challenges. The cruise industry is important for Stockholm, and this is a huge step towards making it greener and more sustainable. This is an intervention that will result in a significant reduction in emissions of carbon dioxide and other air pollutants, which will benefit the climate and make the city’s air cleaner,” he says.

When the project is completed, in time for the 2023 cruise season, it is estimated that at least 45 percent of the Ports of Stockholm cruise ship calls will be able to connect to onshore power at the quayside.

The cost of the project is calculated to be EUR 11.2 million. The costs are due to the high power requirements and the need for frequency converters/inverters between the vessel and the onshore power supply. Part of the costs can be covered by changes to the port fees and environmental discount system.

“This investment is entirely in line with the goals we have for sustainable shipping, both in Stockholm and throughout the EU. The European Commission will decide if funding will be awarded and I hope that we will have the possibility to carry out the project. It would have great significance for greener shipping in and around Stockholm,” explains Fredrik Lindstål, Chair of the Board of Stockholms Hamn AB.

The planned project is dependent on the EU grant application for the project being awarded. The decision about grant funding is expected in July 2020.

The cruise industry contributes greatly to the Stockholm economy, creating a total economic effect of around EUR 180 million and more than 1000 jobs due to the hundreds of thousands of visitors each year.