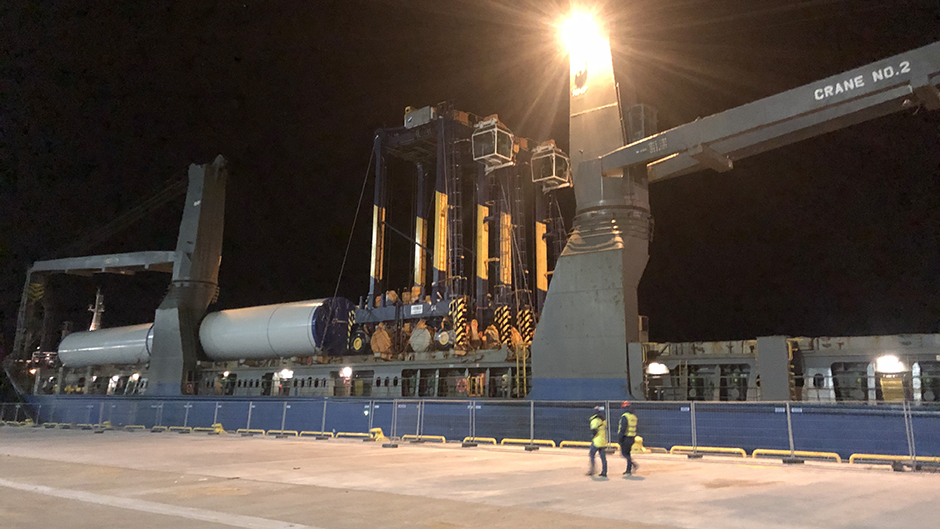 The first two straddle carriers have now been delivered to Stockholm Norvik Port, Sweden's new freight port. The carriers are 16 metres in height and are intended to operate autonomously within the next couple of years.

The first two straddle carriers arrived at Stockholm Norvik Port on Monday 3rd February. The carriers left Shanghai just before Christmas and have been transported on the deck of a cargo ship.

“These are the first of a total of eight straddle carriers that will handle the containers at Stockholm Norvik Port. Initially the straddle carriers will be manually operated, but within two years we anticipate that they will be completely automated and operate autonomously,” says Johan Wallén, Marketing and Sales Manager at Ports of Stockholm.

The straddle carriers, which were built by the Chinese company ZPMC, are almost 16 metres in height, weigh 70 tonnes and can build stacks four containers high.