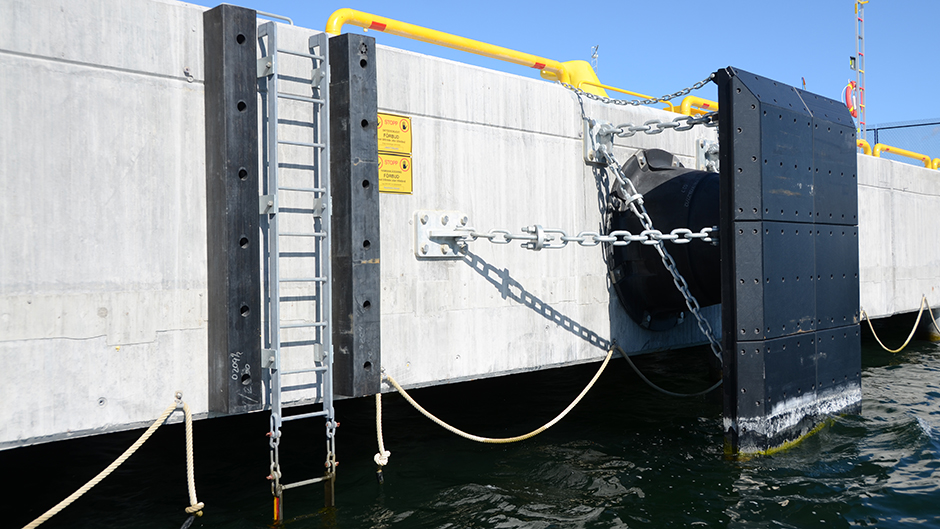 Safety had the highest priority during the construction of Stockholm Norvik Port, Ports of Stockholm’s new mega-port. Safety will also continue to be of paramount importance now that the port is in operation.

Safety efforts are inherent to all Ports of Stockholm operations. During the Stockholm Norvik Port construction project safety was of the highest priority and it will continue to be now that the port is operational.

Along every quay there are rescue stations and smaller lifeboats. Rescue ladders are fixed to the quayside at five meter intervals and a Manila Rope runs along the water’s edge so that anyone who gets into difficulty can use this as a lifeline to pull themselves to the nearest ladder.

Ports of Stockholm works with the vision that safety measures must result in actual and perceived safety and security for employees, customers and all who visit the port or work within a Ports of Stockholm area.

The container terminal at Stockholm Norvik Port opened in May and the port area for RoRo services opens successively during the autumn.