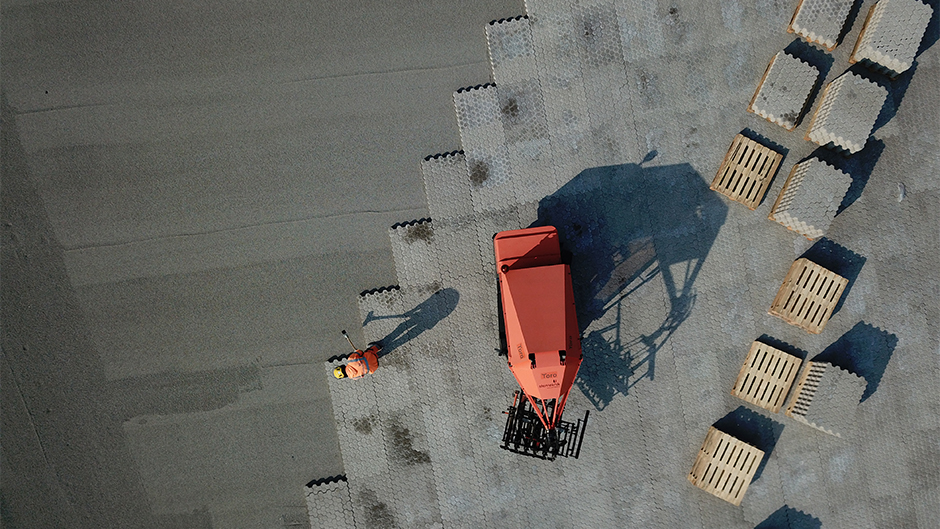 The final area of paving is complete and Ports of Stockholm is preparing to open the final part, the RoRo terminal, of Stockholm Norvik Port. Sweden’s newest port now covers an area of 44 hectare.

The last of eleven million paving stones at the 44-hectare port area was laid at the end of September. The area is the largest paved surface in the Nordic countries.

Construction work to build the Stockholm Norvik Port began in 2016 and port operations started according to plan in May 2020, when the container terminal opened for business. The other part of the port, the RoRo terminal for rolling goods, will open during the autumn.

“It feels wonderful to soon be able to open the RoRo terminal of the port and welcome new and existing customers to a port with such high standards of technology, expansive area and efficient infrastructure that facilitates handling,” states Johan Wallén, Marketing and Sales Manager at Ports of Stockholm.

The RoRo terminal consists of two quay-berths with ramps to enable roll on and off of cargo, as well as a port esplanade area of twelve hectares. The terminal also has lanes equating to four kilometres for checked-in trailers and vehicles waiting for departures. There is also a large overspill area for outgoing goods and an additional area has been built for haulage vehicle chassis waiting for export.