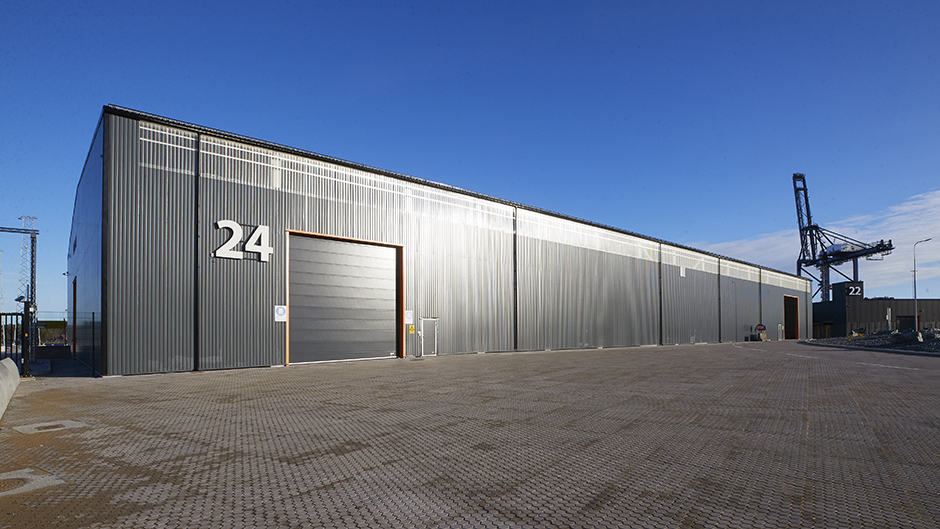 The new Stockholm Norvik Port expands Ports of Stockholm's business operations. At the same time the demand for storage space has increased. A new high-capacity transhipment warehouse is now ready to handle the transfer of cargo from one form of transport to another. With over 3 800 square metres and a ceiling height of eleven metres, import- and export cargo can be unloaded or stored before onward shipment in this ample-capacity warehouse.

“The RoRo terminal just opened at Stockholm Norvik Port and it feels really good to have such a substantial warehouse at our disposal when the volume of goods being shipped to Ports of Stockholm is increasing and customers want to expand their businesses. During the spring of 2021 Stena Line will switch to two larger and more modern RoPax-vessels,” explains Nicklas Ebersson, Marketing Manager Cargo, at Ports of Stockholm.

RoRo services to and from Latvia have relocated from Port of Nynäshamn to Stockholm Norvik Port. Cargo has previously predominantly been imported building materials such as timber sheets and plasterboard, as well as steel structures, which have been handled in a smaller warehouse. The RoRo terminal at Stockholm Norvik Port now has the prerequisites to handle more cargo exports. In the newly built warehouse, for example, pulp being transported from central Sweden will be able to be transferred to other forms of transport.