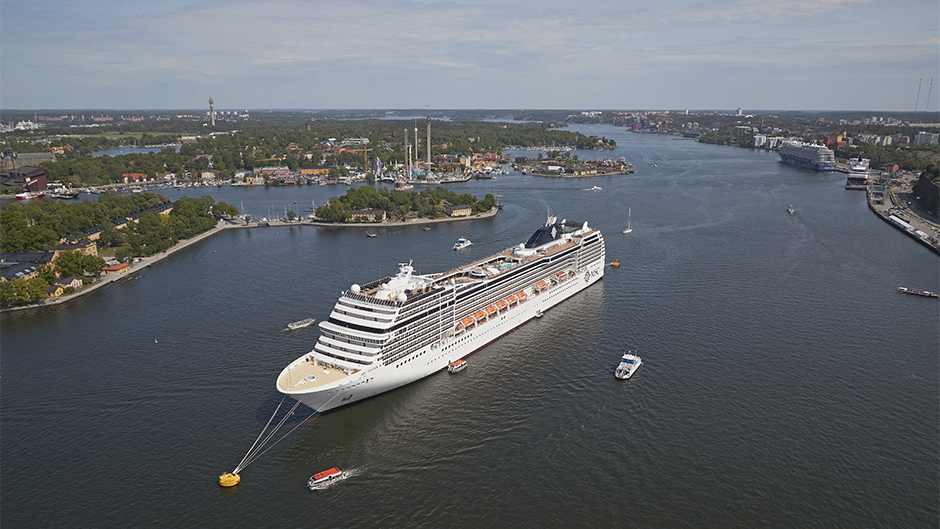 The 2020 cruise season is expected to be another record year in terms of passenger numbers for Ports of Stockholm. The season will see almost 290 cruise calls, with as many as 13 maiden visits.

The list of the 2020 season’s cruise ship calls has been published and presents no fewer than 13 vessels calling at Ports of Stockholm for the first time. The international cruise ship season begins on 17th April at the Port of Nynäshamn with the arrival of the vessel Magellan, and on 26th April in Stockholm with the arrival of the Viking Star. In total, 288 cruise ships are expected to call at Ports of Stockholm, 35 of which will be at the Port of Nynäshamn.

“The Baltic Sea continues to be an attractive cruise destination, and the 2020 season looks set to be another record year in terms of the number of passengers visiting Stockholm. In total we expect to welcome more than 660,000 passengers,” says Stefan Scheja, Cruise and Ferry Manager at Ports of Stockholm.

The Mystic Cruises shipping company is coming to Stockholm for the very first time with the vessel World Voyager on 29th July, and will also return once more later in the season. The shipping company AIDA Cruises will call at Stockholm/Nynäshamn 46 times during 2020. The 333 metre-long vessel MSC Splendida will be the longest to call this season.

There will be a total of 74 turnaround calls this season, 17 of which will be the Costa Magica. A turnaround call means that the passengers will begin or end their cruise in Stockholm. These passengers are especially important for Stockholm, as they often stay a few extra days in the city and spend more money on hotels, food and shopping.

The Ports of Stockholm 2020 cruise season begins on 17th April, and ends on 19th October with the departure of a regular visitor, the AIDAmar.

All of the anticipated cruise ship calls can be found on the vessel calls list, as well as in the Cruise Stockholm app.