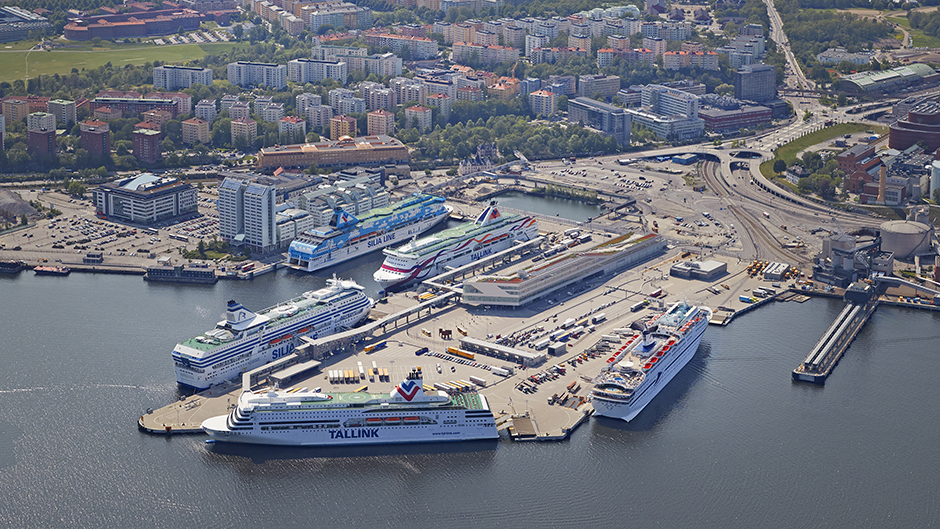 This year’s new power connections at the Värtahamnen port are in the final of the 2019 C40 Cities Bloomberg Philanthropies Award as one of the most pioneering and inclusive climate action projects around the globe.

Ports of Stockholm has been nominated as a finalist for the 2019 C40 Cities Bloomberg Philanthropies Award. The prize is awarded in seven categories to provide global recognition for cities demonstrating climate action leadership. Ports of Stockholm has reached the final for the power installations at the Värtahamnen port as one of three nominees in the Air quality category.

“It is really great that we have reached the final, as our power installations have been a focus area this year. Several of the ferries at the Värtahamnen port have connected to shore power this year, which has contributed to a substantial reduction in emissions,” says Thomas Andersson, Ports of Stockholm Managing Director.

Ports of Stockholm has invested in shore power connection capabilities at the Värtahamnen port and has successfully collaborated with shipping companies, in this case Tallink Silja, and with the Baltic Sea ports of Helsinki and Tallinn. By connecting to shore power the ferries can shut down their auxiliary engines, which significantly reduces the emission of greenhouse gases and air pollutants.

The C40 Cities - Climate Leadership Group brings together the biggest cities in the world in efforts to mitigate climate change. The 195 applications submitted demonstrated a wide range of innovative policies and programs to reduce the emission of greenhouse gases and improve the resilience of cities to climate change. The applications were then examined in a review and evaluation process by Nordic Sustainability and a team of C40 experts to select 26 finalists. The final will take place in Copenhagen on 10 October at the C40 Mayors Summit.

Stockholm has been a C40 member since 2007 and is known as an innovation city. This means that, despite its relatively small size, it has been part of the collaboration due to the good climate work carried out by the City of Stockholm. Stockholm is also a board member of the C40.