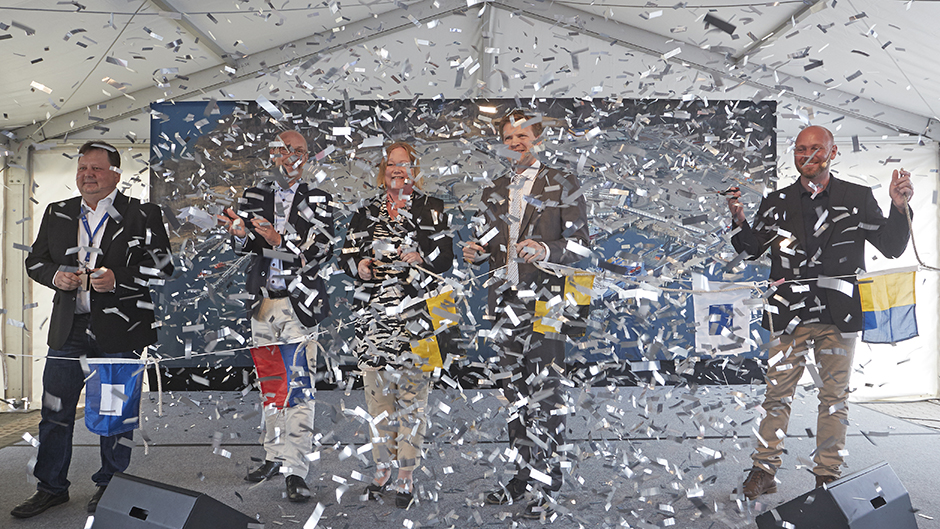 The Port of Kapellskär is one of Sweden’s most important freight ports and is crucial for trade with Finland, Åland and the Baltic States. With a new pier, larger logistics area and modernised port facilities, the port is now ready to welcome the vessels of the future.

After more than 55 years as one of Sweden’s most significant freight ports, the Port of Kapellskär needed to be modernised and made more efficient. A three year port refurbishment and expansion project has now been completed, on time and within budget. The Port of Kapellskär is now ready to receive the vessel sizes and larger volumes of the future.

“The Port of Kapellskär is extremely important for trade along the East-West axis and for sustainable transport in the rapidly growing Stockholm region. Measured in length, more than three million meters-worth of goods are transported through the port annually. In addition, almost one million passengers pass through the port each year. Now finally the prerequisites are in place for traffic to grow even more,” says Stefan Hansson, Chair of the Board at Port of Stockholm.

The electricity, water and waste management utilities at the Port of Kapellskär have also been modernised. It is important to be able to offer sustainable services and this is one path to achieving Ports of Stockholm’s sustainability targets.

Brief facts about the expansion of the Port of Kapellskär