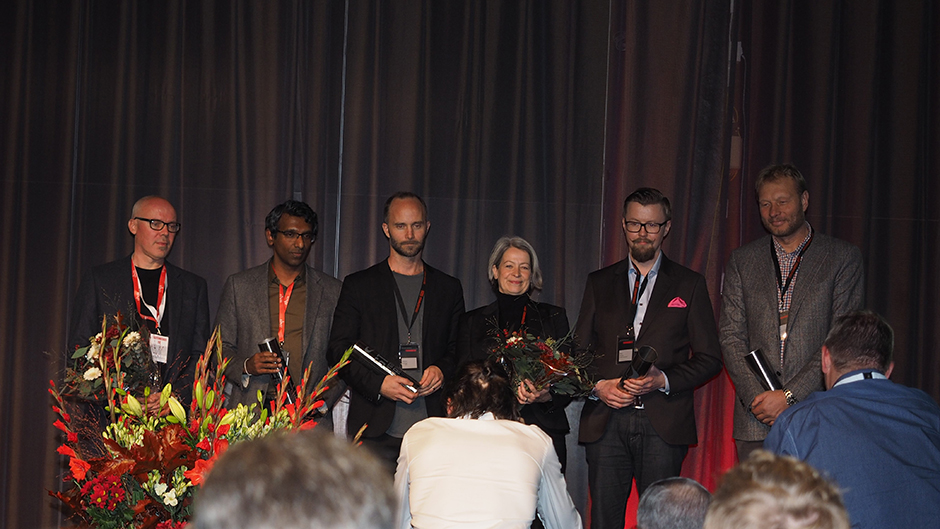 The new Ports of Stockholm Värta Terminal received an Honourable Mention commendation when the Swedish Institute of Steel Construction 2017 Prize was awarded.

“It is excellent that our fine Värta Terminal building is continuously being recognised and nominated for a variety of awards. The Swedish Institute of Steel Construction Prize is a particularly interesting award,” says Per Ling-Vannerus, Director of Infrastructure at Ports of Stockholm.

Steel that gives form and function. Simplicity and transparency. Precision and detail. Steel that is clearly visible, interior and exterior. Steel supports the architecture. The new Värta Terminal is a supporting link between the city and the port. It is a link between Sweden, Finland and the Baltic States. Steel has enabled an eye-catching sense of space, light and openness for the millions of people who pass through on their journey. The building simultaneously offers foot passengers and Stockholm’s residents a traffic-free area where they can enjoy the energy and activities of the port, as well as the sensations of water, sun and wind, in a welcoming public rooftop landscape. The steel itself, but also the steel in a constructive interplay with concrete, has in a new and innovative way contributed to enabling expansive scope for large protective roofing spurs, few pillars and the least possible footprint. The green surfaces of the roof landscape, solar energy, geothermal heating and cooling, and not least an advanced industrial construction process, have contributed to the Värta Terminal receiving Sweden Green Building Council Miljöbyggnad Gold certification.

The Swedish Institute of Steel Construction Prize is awarded every second year to a building that in an innovative, environmentally sustainable and architecturally attractive manner uses steel in its load-bearing construction. The five finalists this year demonstrate a fantastic versatility of steel construction, from Kiruna in the north, to Lund in the south.